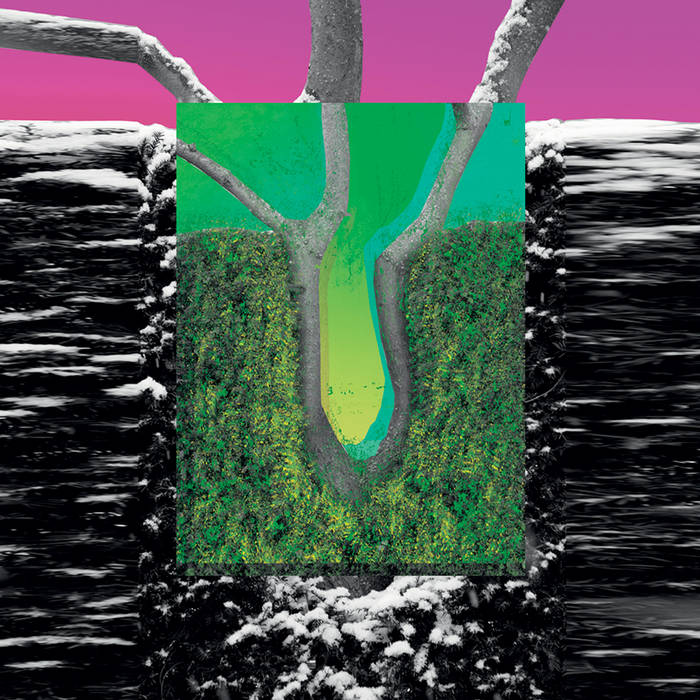 With their debut, MME dUO send us across an impulsive sound collage omniverse of enigmatic Dada - long live imperfection!

Formerly working together as Sculptress of Sound, Cologne based Patricia Koellges and Tamara Lorenz make use of a variety of instruments and devices: DIY electroacoustics, small synths, loopers, tuning forks, electric bass, percussion and voice are thrown into the game and shape a sound that’s as diverse as it is striking.

The four sides of the record are the four seasons of the year. The cover artwork depicts an oddly shaped honey locust situated just outside MME dUO’s rehearsal room; homebase for a year of recordings for awholerunboom.

From spring to winter the album opens up a wayward palette of experimental music. Sweet Cold Night could be a soundtrack for a movie scene of ourselves trudging through a swamp. CutCut somehow sounds as if caught in a loop early in the morning after an extensive club night. RZCK, a deliberately stumbling forward percussion piece is the longest of the 21 tracks.

Three video clips go along with awholerunboom, one of which features the artists going through some kind of a ritual exercise inside of a two person costume, trying to put things straight it seems. The track itself Isn’t It Isn’t functions by way of permutations of spoken phrases and it might actually make you wonder if Gertrude Stein had gone electric.

Mixed and mastered by Volker Hennes. Cover artwork by MME dUO. Edition of 300.

Bandcamp Daily  your guide to the world of Bandcamp

Serena Cherry debuts her black metal project, plus a Pick from the Crypt block from Svalbard